Medina County animal advocate Casey Post once again addressed the public meeting of her county commissioners this week, this time with visual aids – enlarged, mounted photographs which she held up during her speech.

People who gather for these meetings regularly are starting to recognize me and I’m getting some nods and smiles from them. Before the meeting started, one of them turned around and spoke to me this week, telling me that he had to euthanize his old dog and it was very, very hard on him and he could understand how the compassion fatigue I spoke about last week could affect a man. But he cautioned me that “the powers that be” tend to be ok with “someone doing the dirty work” as long as it isn’t them. I assured him that there doesn’t have to BE dirty work if the shelter is run properly.

I was a little less nervous this time and highly recommend blasting your favorite “brave heart” music in the car or headphones just before you go in. Keep it playing in your head while you walk up to the podium. I also had a “relax word” that I started my speech with. I have to give my name and address before I start speaking, so I did that, took a breath, and said, “Okay.” That not only reminded me to unclench my buttocks, but also gives me a moment to take a breath before I launch into it. I think it helped with the timing of my delivery, too because in my head, it’s “Okay, let me explain this to you in small words with pictures…”.

Having photos worked out well. They were a decent size for the room (16×20, I think) and mounted on foam board, so easy to hold up and show around. Everyone had to look at them – even if they didn’t want to, they seemed compelled to look, so that may be helpful for anyone who is looking for ideas to help avoid being ignored during a presentation like this. Pleasant photos of cats seem to go over well. If the room were bigger or if the podium were bigger, I would have had bigger photos (OfficeMax does a nice job of printing and mounting), but these were plenty fine for the purpose. I had a copy of my speech taped to the back of each one, so I didn’t have to worry about keeping it in front of me, it was always there.

I couldn’t get any feedback from Commissioner Hambley, as he had to leave early in the discussion session for some appointment. But Commissioner Geissman informed me that “the shelter issue” is already a planned topic for next week. I think she meant next week’s discussion session, not the actual meeting (where things are voted on), but at least it’s some kind of starting point. I thanked her and assured her that I’ll be there.

Another reporter asked for my phone number and one of the local tiny papers has picked up the story. They didn’t contact me, but they did have a nice picture of a cat in the article, so I think that’s helpful. One of the reporters took photos of me during this speech, too. I guess they’re starting to realize that I’m not going away.

My concern right now is that the commissioners may be seeing this from the “every stray is a feral, every feral is a nuisance, all nuisances must die” point of view. I’m working to keep the focus on “how our animal shelter fails the community”. As far as I’m concerned, feral cat management is a different discussion entirely.

This is Percy.  Percy is my cat. 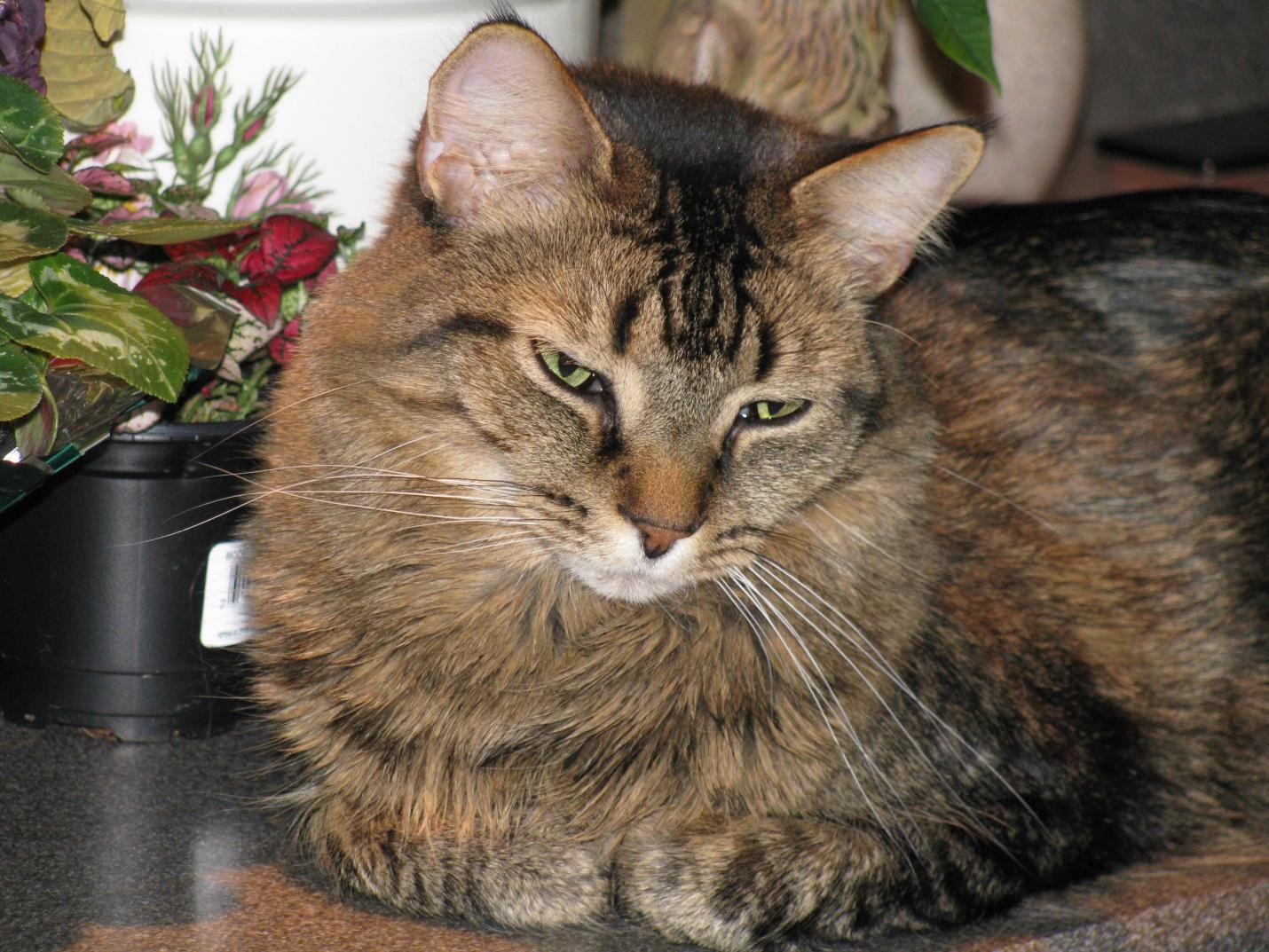 Percy is a vaccinated, neutered male, indoor-only cat.  Percy has a medical condition that means that he not only has his regular vet, but he also has an internal medicine specialist.  I have poured thousands of dollars into Percy.

I have a painter coming to the house today.  If the painter drops his ladder in the doorway and scares Percy out the door, he may panic at being outside and run away.  If my neighbor, being a good Christian man who is terribly allergic to cats finds him, he will want to do the right thing.  He will take Percy to the shelter and wanting to keep him safe, he pays the ten dollar surrender fee and signs the paper.

Now the shelter owns my cat.

They will sell him to the next person who walks through the door.

Or they may try to put him in a cage, not knowing that his medical condition causes pain – pain that may make him lash out at being handled.  Now he’s labeled “aggressive” and is gassed to death.

My cat, my expensive, wanted cat, is now either living with someone who does not know about his medical needs or he is dead.  Because that is how our shelter operates. 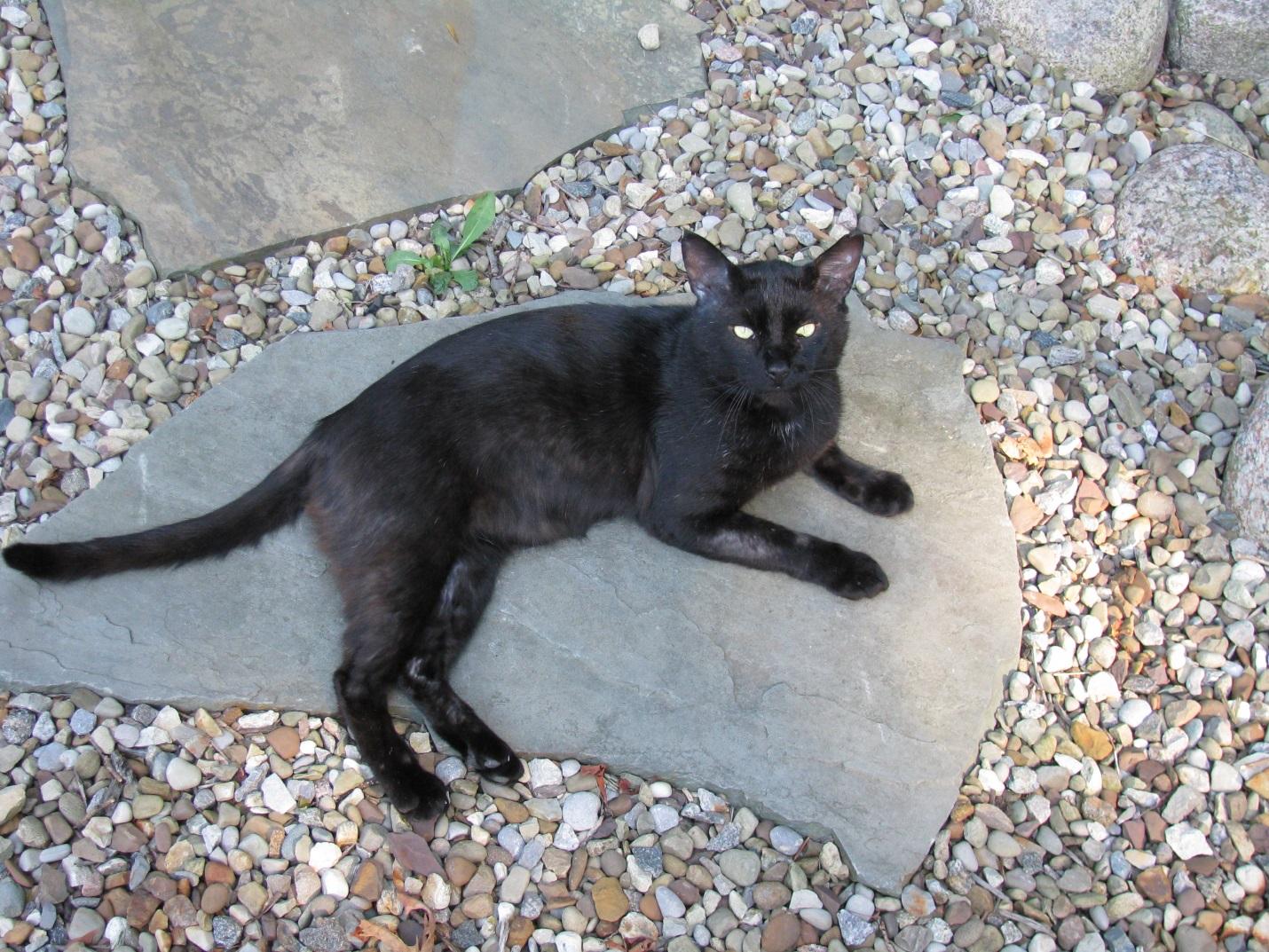 Jack is an ugly, battle scarred feral cat.  But Jack has a caretaker who has made certain that he is neutered, vaccinated, and microchipped.

This is Jack’s little yellow house that his caretaker built to protect him from the weather.  In the winter, the caretaker puts an insulated box in it with a deep bed of clean straw so Jack will stay warm and dry. 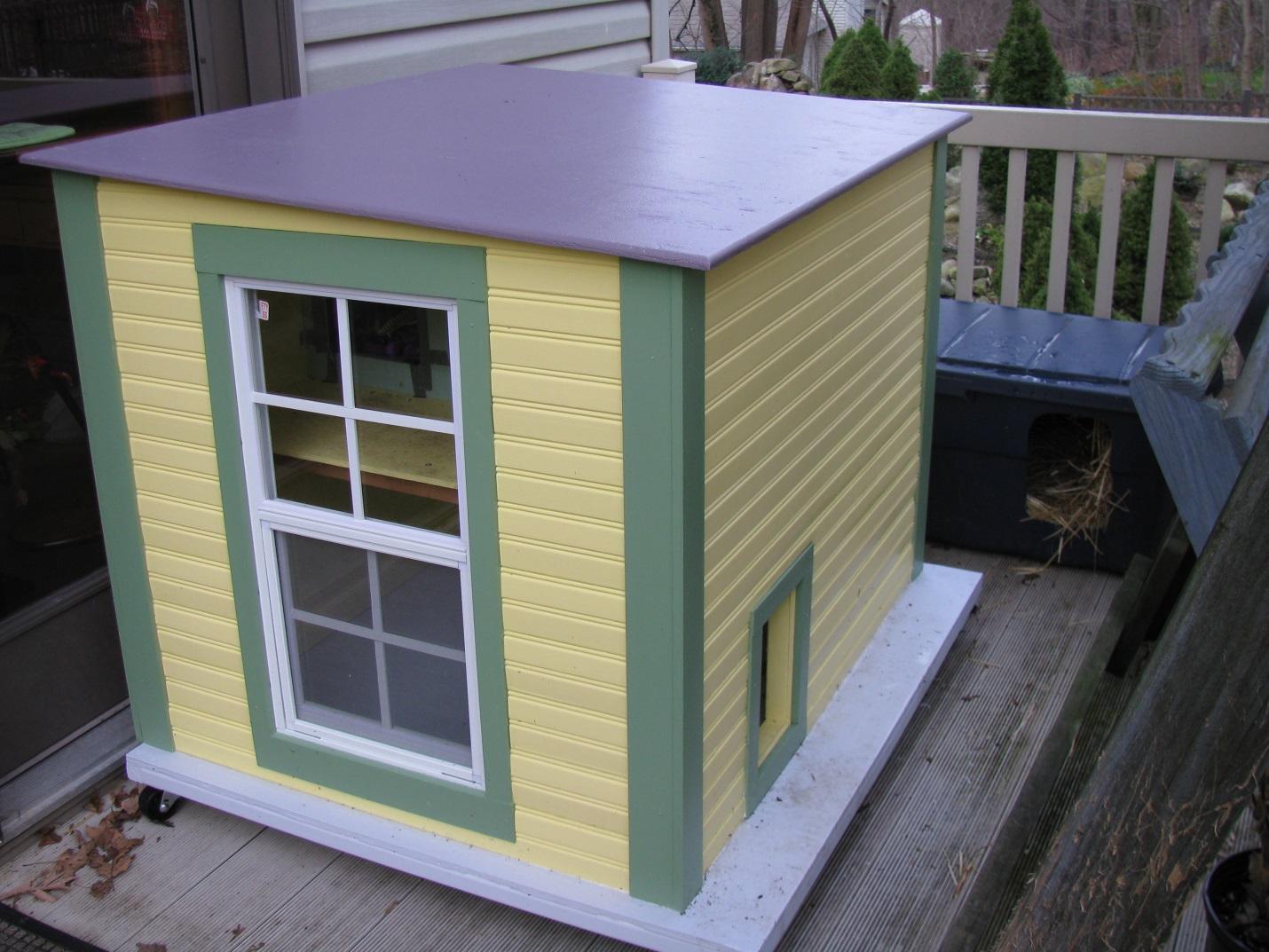 But Jack is no freeloader – he’s a working feral.  Jack earns his keep the old fashioned way as rodent control.  Jack’s caretaker values both his mousing skills and his quiet company.

Two teenage boys screwing around, throw firecrackers onto the caretaker’s property.  Jack panics and runs away.  He ends up in a trap that had been set out for a skunk.  The man who set the trap doesn’t check it until two days later.  He then throws the trap into the back of his pickup truck and drives it to the shelter.  Unsecured, the trap is bouncing and sliding around in the back.

Arriving at the shelter, normally quiet Jack is now out of his mind, lunging and snarling.  Shelter staff take one look at him and label him aggressive.

We will never know how many wanted, owned cats ended up in the gas chamber at Medina County Animal Shelter, but as a cat owner I say that ONE is too many.  I want MY animal shelter to function as a safety net for our community’s cats.

I want the shelter to use scanners that pick up all three frequencies of microchips.

I want every, single cat scanned for a microchip on intake and I want that scan documented.

I want a photo taken of every, single cat on intake and I want that photo posted online.

I want every, single stray cat to have a stray hold of three business days, starting after the photo is posted.

I want every sick or injured cat immediately sent to the Medina County SPCA or taken to a vet for evaluation and appropriate treatment.

I want the shelter to physically accommodate the needs of the pregnant, the very young, the very stressed, and feral cats and to post these with a designation of URGENT and allow such animals to be transferred to a qualified rescue group within the stray hold period and to keep documentation of such.

If these VERY BASIC protocols are beyond the resources of the Medina County Animal Shelter, then they need to get out of the cat business.

Finally, I want the gas chamber dismantled and destroyed.  It is a blight on Medina County and a symbol of regressive policies.  It is offensive that this board tolerates its continued use.

Read her previous speeches to the county commissioners:

An article in the Cleveland Plain Dealer about Ms. Post and her reform efforts which appeared after her second speech to the county.